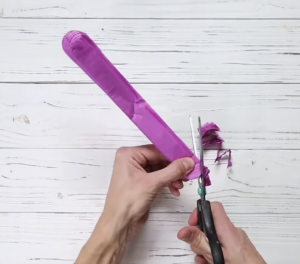 There are different styles of art, like impressionist painting vs abstract painting. Then there are also different time periods when it comes to classifying art as well. For example, art before 500 AD is classified as Ancient Art. This time period included much Greek and Roman art, and there is also much Egyptian art from that era as well.

The next segment of the timeline involves a period that lasted for 1000 years. Any art from 500 AD to 1500 AD is classified as Medieval Art. During this period, there are many examples of early Christian art, Celtic art, Gothic art and more. Do you know what period in art history comes right after 1500 AD?

It is the Renaissance, and it actually started in 1400 AD and lasted until 1600 AD. So Renaissance Art overlaps with Medieval Art during the years of 1400 to 1500 AD. There are different periods within The Renaissance, too. The Early Renaissance is known for art with many gothic elements. Are you familiar with the High Renaissance, which is also known as the Italian Renaissance? This period lasted from 1492 until 1527.

After the Renaissance came the Baroque Period, which covered the years 1600 to 1725. From 1720 to 1760 was a period known as Rococo Art. From 1760-1830 is known as the period of Neoclassical Art. Then came Romanticism, which was an art period that covered the years 1800 to 1850. The example of art I’m looking at right now from the Romanticism Period is of an impressionist painting. I think that must be why I like impressionist art so much.

In the 1800s, there was also a lot of what is known as Academic Art. Another type of art, Realism, was very popular from 1840 to 1870. So the 19th century actually had quite a lot of art styles going at once. In fact, impressionism has its own category, and there is also Pre-Raphaelite Art as well. Post Impressionism and Symbolism also start in the late 19th century and run into the 20th century.

I always label Picasso as an abstract artist, but his art falls into multiple categories. One of those categories is known as Expressionism. To be sure, his art is abstract, but there are different categories. Expressionism was popular from 1905 to 1925, and also in the 20th century were Fauvism, Cubism, and Futurism. Then there is Abstract Art, which is its own category as well. Other 20th century categories include Dada, Precisionism, Surrealism, Art Deco, Pop Art, Photorealism, Installation Art and Conceptual Art.

What about the 21st century? Maybe you’re working on making that list. Notice as the years went by, more types of art were niched out for later time periods. As I looked at the art history timeline, I was educated right along with you. I had no idea that the timeline would be segmented according to art styles, so I got to learn more as I was sharing. Some of the styles I am familiar with, but several of them I had never heard of before. What about you?

View all posts by thelindsaygallery